This information is mostly intended for the worried camping ladies out there. But solo camping safety applies to ANYONE.

I am a single full-time female RVer. I'm not claiming to be an expert on this subject. I simply have 5 years of experience camping (boondocking 99.9%) as a solo female.

I'm sharing with you what I have learned as an experienced woman who has been legally camping on public lands for the last 5 years. 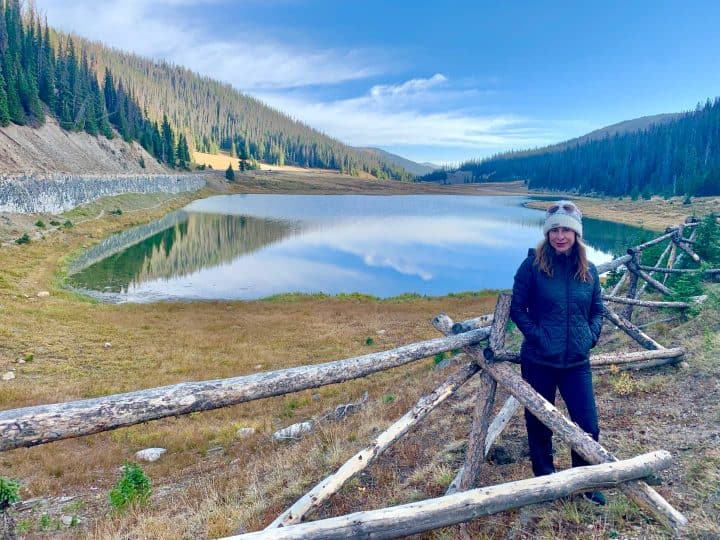 Before I hit the road, I figured I'd boondock a lot. (Nailed it!)

Naturally, I searched the internet (as you are) looking for information regarding camping/boondocking safety.

Like you may be, I was leery of being alone. I wanted to know if it was safe 'out there'. I wondered 'do I need a gun for boondocking or hiking?'

The 'Wonderful' Advice I Remember Reading

Oh, there was plenty of 'great advice' out there:

1. Put two pairs of shoes outside the RV

(Today, my experienced boondocking self laughs at all of it.)

I did have two chairs for a while. Never got the boots. I did get a handgun and my concealed carry permit (which MAJORLY felt like overkill).

But pretty quickly, after camping on public lands alone, I discovered the real truth:

You: "Wait, what? How can that be? The news shows people getting murdered and raped and stolen from all of the time. I'll be all alone. I'll be VULNERABLE!"

Ok, stop watching the news. Seriously. They NEVER SHOW anything good, so you see every bad little thing ever. You're being brainwashed.

The Big Question: Why aren't there dangerous people on public lands?

The Real Answer: Because like you, the people out there are there to recreate. They're hanging with friends and/or family. They are only there to have fun.

In fact, if you need help, like with a flat tire or whatever, they are very likely to help you. Why? Because most people are genuinely good.

Also, they understand that help is not readily available 'out there'. And they know if they needed help, someone else would help them out.

It's like a secret society. An understanding. It's back scratching.

People help each other. No strings attached. That's just how it is.

Right before I was going to boondock, I bought a Glock 19 as a 'just in case'.

I know, it's pretty simple. But in a time of panic, no way I'd have remembered how to use it.

Yes, I practiced shooting it with experienced friends. But not nearly enough.

I sold my gun after about 2 years. I was more uncomfortable having it in my RV than I was not having one. 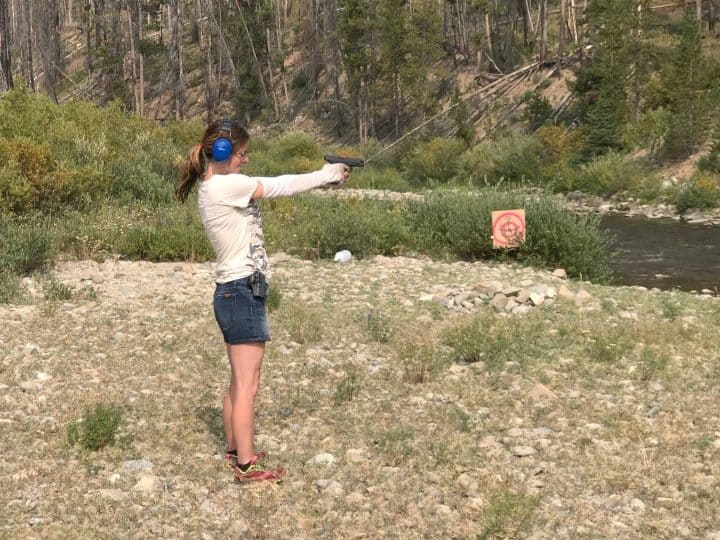 Practicing shooting it with friends who helped teach me.

Some people like having guns. That's fine, too. I'm simply here to tell you you don't NEED a boondocking gun.

I understand it may still be scary for you to break your boondocking 'seal', especially if you'll be ALL alone, no-one else in sight. Any type of unknown is usually scary.

Your first time solo camping in a remote area is especially scary if you're a solo female. I totes get it. And you SHOULD be leery.

It's new. It's spooky. (I was more scared of 'the boogey man' when I first boondocked all by myself.) 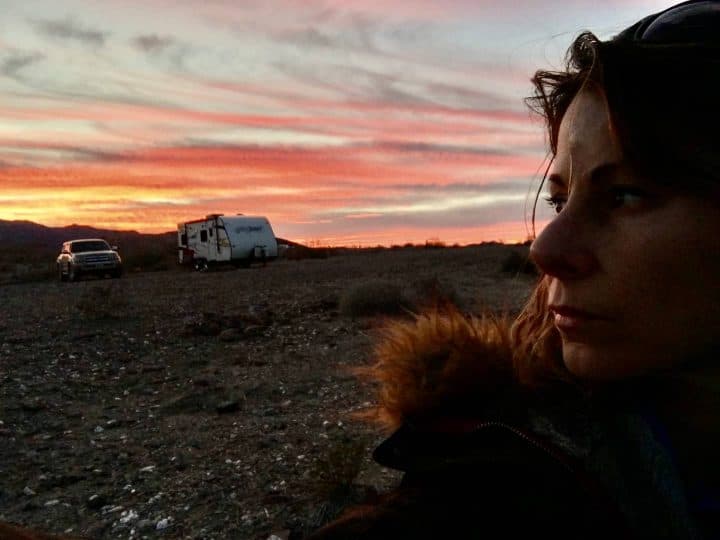 This was my first solo boondocking experience! I was spooked. Not of humans. Of the boogeyman'. I was over it after one night.

But once you've done it, you'll be on the 'other side' and then you will realize that it's safer than ANY city.

(There ARE exceptions! If you park in an iffy/meth-y area all alone with shady people wandering around for no good reason, bad move. You're putting yourself in a bad position. Don't do that. Use your intuition.)

If you still insist it's dangerous, either:

1. You are paranoid. You like the drama of thinking this way.

3. You've never done it before and you really have no idea. If so, please stop crying to others that it's dangerous.

Be done with thinking you need self-defense tools out on public land.

I have NEVER needed to defend myself on public lands. Nor have any of my friends (many being solo women) I've talked to about it.

I've only feared for my life because of other people twice in my life. Neither time was on public land/camping remotely.

It's just SO much safer than being in a campground in town. Which is also usually a totally safe place to camp.

If it makes you feel better, go ahead and have a something on hand. A gun, or pepper spray or your bear spray. (And boy, there's a lot of debate about using bear or wasp spray as self-defense from a human.)

Just pointing out that none of these are NECESSARY 'out there'.

Why It's Safer To Camp Remotely Than To Camp In 'Public'

Ok, think of it this way.

Criminals like low-lying fruit. They want as many opportunities as possible.  (Cities= more people= more chances and opportunities.)

So... they dwell in cities.

Criminals are very lazy. They aren't driving out of town to look for a victim.

They aren't going to drive miles and miles out of town to look for something to do.

Need more proof why they don't come out to public land?

Why would they? Your average RV on public land probably has a family camping in it. With SUCH 'tempting' stuff to steal like clothing, games, and food.

I mean, come on. Be real about it! They aren't after you or your camping stuff.

So, stop worrying that someone is coming out to public land to get you or your worthless things. It's not happening.

The WORST That Could Happen

Ok, it's not like nobody has EVER been killed or robbed while camping remotely. (Or while doing anything you can name.)

And who can forget the movie Deliverance?  Scared the mess out of the entire country.

Sure, it has happened. (Albeit most camping or hiking crimes probably happened in a campground or in a public land spot very close to a city.) 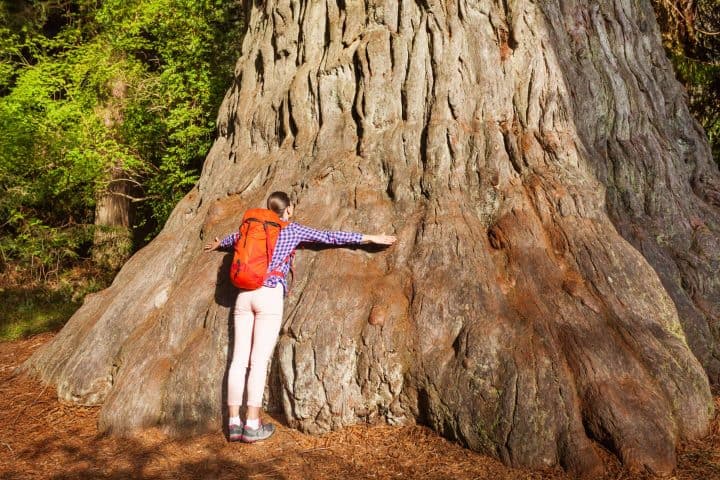 But come on. If you stress and worry about every little thing that COULD happen, you aren't living.

You could also get struck by lightning. Hit by a car. Or attacked by a bear.

Are your fears stopping you from going outside? Hope not.

If you're boondocking, generally, other people will be around the camping area. Just watch for any weirdos and if you're uncomfortable, move.

1. Use Your Head. Your street smarts. If you're a woman, your women's intuition. If it doesn't feel like a safe place for WHATEVER REASON, leave. You're on wheels.

That's it! It's VERY safe 'out there'. Sorry if it's unexciting. There's just not much to it. The good news is IT'S GENERALLY SAFE!!

If you want to carry a gun when boondocking, go for it. But I'm here to tell you YOU DON'T NEED A GUN or other protection. 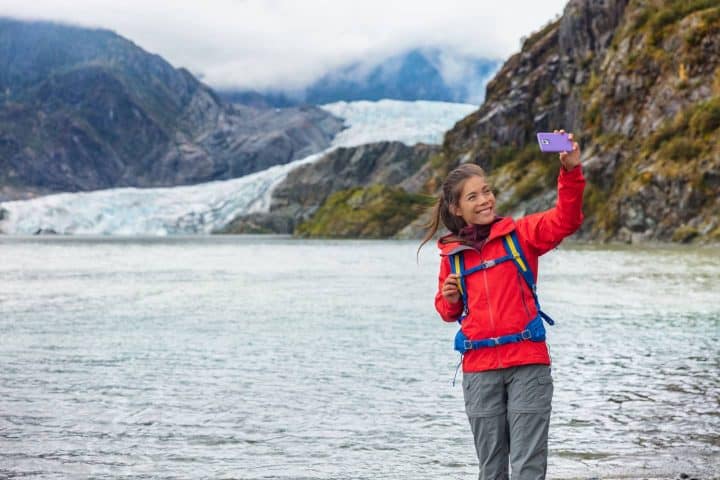 Use your women's intuition and you'll be just fine 'out there' on your own!

Nobody out on public lands is out to get you. If it makes you feel safer or better to have a gun, fine. Keep it in a safe place and stored properly.

Also, know your states laws about traveling with one. You also better know the gun laws in the states in which you plan to travel.

But hey, if you like to hang out in seedy or close-to-city spots or shady areas then yes, maybe you should keep some form of self-defense handy.

Otherwise, stop worrying. It's fun and wonderful to camp solo and in nature!

(And guess what? You are not usually more than maybe 20-30 minutes from some town. Boondocking is not as 'away from society' as you may think when camping out west on public lands.)

Shout out in the comments: If you camp alone, do you carry some form of self-protection?  Care to share what it is? And why do/don't you think you need it? 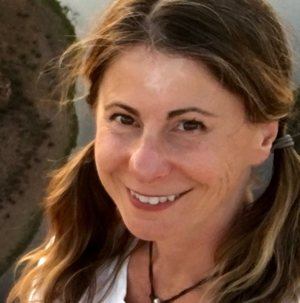 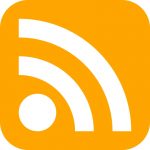 Scroll Up
Send this to a friend